When June’s crop of fashion magazines was published, the new Pre-Fall 2012 Chanel fashion ads were prominently featured in many issues such as Vogue and Vanity Fair. After his Paris-Bombay fashion show last season, Karl Lagerfeld, Chanel’s lead designer, has continued using India as creative inspiration.

This latest series of ads features blond models striking traditional Indian dance poses. Their hair is styled in an up-do with dreadlocks and ornate bridal headpieces. The outfits are perfectly executed but lack a distinctly Indian flair. 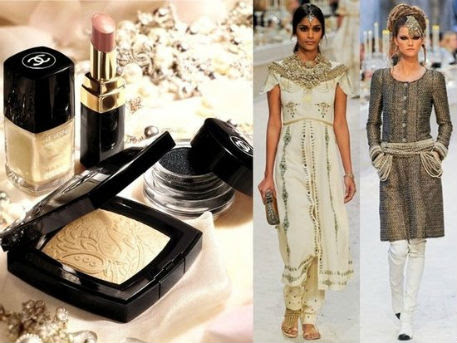 While I love the concept, Lagerfeld’s idea of India is one-dimensional and is stuck in the 19th century. It is shocking that there are no Indian models in this campaign. Bollywood is home to many renowned actresses, who, I’m sure, would have loved to pose for Chanel.

In a country as diverse and beautiful as India, it is ridiculous to use a cigar and brandy room for a campaign background. This setting reeks of colonialism: the horrible patterned carpet, the wooden bar and the teapot. Chai is world famous, but the teapot has become a British power symbol.

The clothes are beautiful and technically flawless. However, what do they have to do with India? These stunning creations could be found on the streets of Beijing, Nairobi, and Buenos Aires and don’t distinctly reflect their Indian inspiration. It just seems that the stylist stuck a mahta putti on the model’s head and called it Indian. 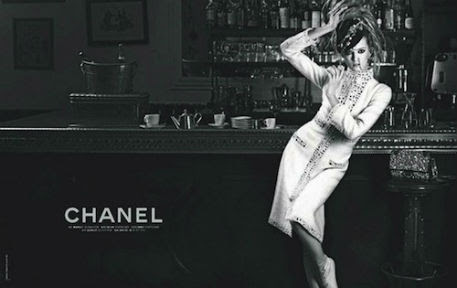 The effect is a simplified and generic India. With so many regions and people, it is impossible to capture the cultural, geographic and linguistic richness of India in a few Chanel photos. While Lagerfeld did mention Bombay (which he forgot is now Mumbai), he didn’t stay true to that inspiration either. The only positive part of this campaign is the model’s poses inspired from Bharatanatyam’s mudras. It combines dance and fashion in a distinctly Indian way.

While it is great that fashion is finally beginning to take inspiration from beautiful Indian styles, tailoring and colours, Lagerfeld didn’t nail this. He should’ve visited India before he decided to create an entire collection based on it. It would have given him a better perspective, perhaps more creative ideas, on how to incorporate India into his vision.

Kait Bolongaro loves to write about cultures and how people occupy them. She aspires to be a culture journalist and photographer and to continue to discover new lands and adventures, starting with a Masters of Journalism in Denmark in the fall. To follow her on her crazy journeys, check out her website or follow her on twitter.