The existence of host bars has been especially prevalent in South Korea, in part thanks to the economic rise of the country over the past 50 years, enabling more women to ascend the status quo ladder in stride. With more work came less play, leaving women and men alike feeling emotionally and physically devoid in exchange for long working hours. At host bars, women can not only enjoy the company of an immaculately well-groomed South Korean-Adonis, but they also get to choose which male they enjoy their evening with out of a veritable selection of South Korean-Adonis-types. In the venue of an all night bar, women select their “host” for a price, and depending on the rules of the establishment, they can do anything from talking, karaoke, to sex (although not an official offer, but on the table). 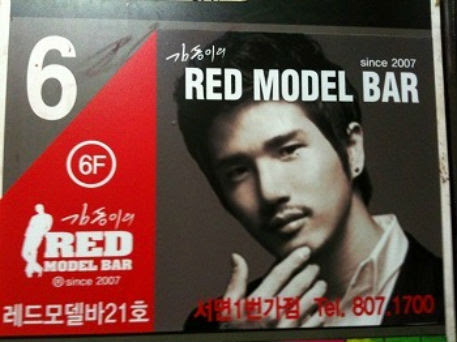 The women, for the most part, are high rollers: A lady who can afford frivolity and excess in every shape and form of a Louis Vuitton collection, and almost definitely one whose appearance would not invite the notion that she can’t get a date. They want the same thing as anyone else, they just happen to have bigger wallets than most.

The openness of both the existence of host bars and the powerful women who frequent them has signaled a move towards the cusp of a cultural revolution, according to some analysts. In the midst of a society so swept up in working, growing business and a burgeoning economy, it’s no surprise that the loneliness and neglect felt by both men and women has found a profitable outlet.

The issue of prostitution, sexism, misogyny, and liberty over our bodies unsurprisingly continues to see attrition from both sides of the argument. In a society that is too busy to notice a missed lunch however, that more people starved of intimacy are willing to pay for a way to get exactly they want, should come as a surprise either.