Although Japan can be frustratingly mono-cultural, it is an amazing country to travel and experience, with endless things to see and do no matter where you go. Of course, the preservation of history and tradition is incredible to see, but what if you’re craving something a little closer to the bizarre beat of Tokyo? If you want to experience partying like you’ve never gotten down to before, forget Tokyo. Osaka is your city.

Nestled between the breathtaking scenery of Kyoto and Nara, Osaka is a city entirely unto its own. It’s not a city to go sightseeing in. It’s not a city to visit during the day. In fact, I got the feeling being there that many of its inhabitants’ bodies are set to an entirely different clock from the rest of the country. By day, Osaka is a concrete jungle that remains quiet while the salary-men (and women) work long hours to maintain the economic hub that Osaka has become. By night, however, is when the city comes to life.

While temples, shrines, and semi-wild deer are indeed great sights to see, there’s nothing like the party scene in Osaka anywhere else. If Tokyo and New York had a lovechild, it would be Osaka. There are more lights, ads, people, shopping, restaurants, bars, and clubs than is possible to conceive. When the sun sets, Osaka transforms into what a gaudy Christmas tree from the movie Bladerunner would look like.

The following are recommendations to maximize your fun quotient if you have had the good fortune of visiting this insane city.

Interact with as many Japanese people as you can.

The city is full of hard-working men and women that really know how to let loose outside of the office.

Stay in the southern part of the city (Minami).

This is where all of the nightlife is. If you live in Vancouver, imagine Granville street and then turn it into the size of a small city, and that’s how many places you have to choose from in Minami. Plus about ten thousand more. 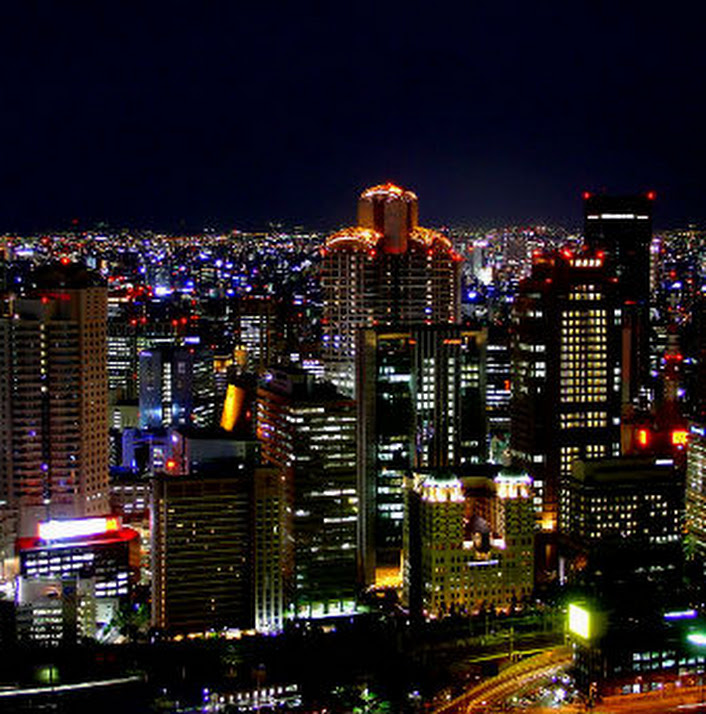 You can begin your night at a small restaurant or pub (pretty much nothing opens before 5 or 6). Stay for a couple of hours, maybe have some red bull, because there’s about 11 more hours to go in the rest of your night.

Stay at a cheap hotel/hostel.

You will only be using this as a place to crash as the sun rises, so there’s no need to splurge.

Visit the district of Dotonburi.

If you’ve ever seen pictures of Osaka at night, they’re probably from this area of the city. You will find everything you could ever imagine to get yourself into fun, trouble and other people’s pants. 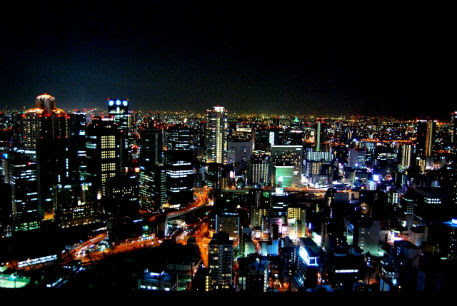 Go without a plan.

There isn’t really a need to plan ahead as to where you want to go, and you can wander around the nightlife districts for hours. You’ll probably have more fun this way. There’s an infinite possibility of places to hit up whether it be casual dining, pubs, lounges, host/hostess bars, karaoke, or clubs.

Definitely cheaper to bar-hop and then end up at a club, but easily the best way to experience a well-rounded taste of the city. Plus it’s a great way to make friends.

It may seem intimidating, especially if your Japanese is lacking, but it’s a guaranteed unbeatable experience (plus Japanese are more willing to test the waters of English once they’ve had a few).

Find a karaoke bar. There are plenty of excellent selections in English, and it’s a ridiculous amount of fun. I couldn’t talk for two days after signing karaoke for five hours, but it was completely worth it.

Street vendors cater to the drunken mobs (many of which are still in their business suits), with an endless variety of Japanese and international fare to sample. Definitely try takoyaki a.k.a battered and grilled octopus balls. Trust me.

Japan is almost entirely cash based, and you will pretty much never see a credit card used when going out. Clubs can get expensive (cover charges are between $25-35, although some include “all you can drink” access) and watch out for “seating charges” just to get into bars.

Osaka was unlike any city I have visited before, and although I personally loathe clubs, I had some of the most fun out I have in ages, and my toad-like voice all the proof I need.