Strike three Gaga, game out. The bowties were cute. The flashy geometric catwalk dresses were distinct. Hermit-hat had me questioning. And with the meat dress outbreak, my attention span for the little monster scene had gone awry. I soon lost touch. Don’t take it personally, it’s never been in my personality to be a celebrity-crazed watch-dog —  but I still have my preteen moments. Now, when I found out Gaga pulled out her burqa card, I couldn’t help but investigate. In my first encounter with Gaga’s donning of a hot-pink transparent, stud-bore burqa, my gasp bust into a full-blown laugh. Only Gaga would have the gut to intertwine a clash of feminist theories (white feminism vs. Islamic women’s liberation) in her new song, Burqa, that’s airing on her new & upcoming Art Pop album. My initial thoughts? Hail to you, Gaga, the epitome of all that’s controversial! I would like to nominate you as the “Queen of Controversy” – and caution you about the controversy that will erupt over this.

Strike 2: A Sigh of Pity

The wealth of opinionated love-to-hate stances that would break out over this, is unthinkable. What’s more controversial than cultural appropriation? Religious appropriation. I’m Muslim, and am not new to a plethora of sky’s-the-limit misrepresentations of Islam. While Muslim women in Afghanistan today fight for their right to education, others would rage in offence and fight for their right to speak out against uninformed pop figures who sway the media and masses while downgrading their religious practice for use as an endorsement tool. Or maybe they would take a cheekier attitude on it like former actor, Franco-British journalist, and Muslim Feminist, Myriam Francois Cerrah: “I find myself smiling at the thought of her being stopped by French officials while shopping in Galeries Lafayette or harangued at JFK airport as she returns to the US.”

Strike 3: Not pulling the joker card

This image of Lady Gaga in a burqa, the burqa in show business, had me questioning my own take. I’d have to scour the song for a bit of insight. It opens with Gaga’s monotone zombie-like vocalizing which is infused with a Western cowboy films background instrumentals. It continued: “Do you want to see me naked lover? Do you want to peak underneath the cover?” The song went on with my eyes rolling back.

Let’s not break down & break it down, shall we? I appreciate the Gaga’s fearlessness and ability to stay strong true to herself despite waves of criticism. In her own words, she made a statement to the world: “Don’t ever let a soul in the world tell you that you can’t be exactly who you are.” But what if your actions, beliefs, thoughts, aspirations – whatever it is that makes you who you are, such as the way in which you choose to define yourself, strips others (eg. burqa-by-choice wearing Muslim women) of who they are?

I am barely entitled to speak on behalf of the burqa, as I am not a burqa-wearing, nor veiled Muslim woman, however, I know one CANNOT judge its implications from a one perspective, and one needs to realize the its spiritual, political, and cultural complexity.

For a bit of background & briefing:

The National cites that the origins of the burqa are yet ambiguous. The practice of veiling was a widespread norm in the past, and it is earliest recorded that the face-covering dated back to Assyrian Empire in 5000 BCE. Although not compulsory, with the emergence of Islam, the number of wearers escalated and it became more of a common cultural practice in Pashtun’s in Pakistan and others elsewhere, such as Yemen, India, Afghanistan. In any case, it cannot be stressed enough that the burqa’s implications are vast. Does this mean we should rejoice that Gaga has her own take on it?

Lady Gaga’s saying: “She wear a burqa for fashion it’s not a statement as much as just a move of passion” is offensive on two levels.

Coming back to my note on the “clash of feminist interpretations,” Lady Gaga uses this song to express her third-wave feminist belief that sexual empowerment is the equivalent of liberty. A traditional Islamic viewpoint on feminism, on the other hand, defines empowerment as freedom from sexual exploitation, fashion dictates, and modest practice.That’s not to say there is not a diversity of ways in which Muslim women define their own practice of feminism, for, there is no standard, nor defined version of empowerment – it is an internalized, influenced by culture, and personal, always. IMOW, the International Museum of Women, is an excellent exhibition for those looking to delve a little more into this. 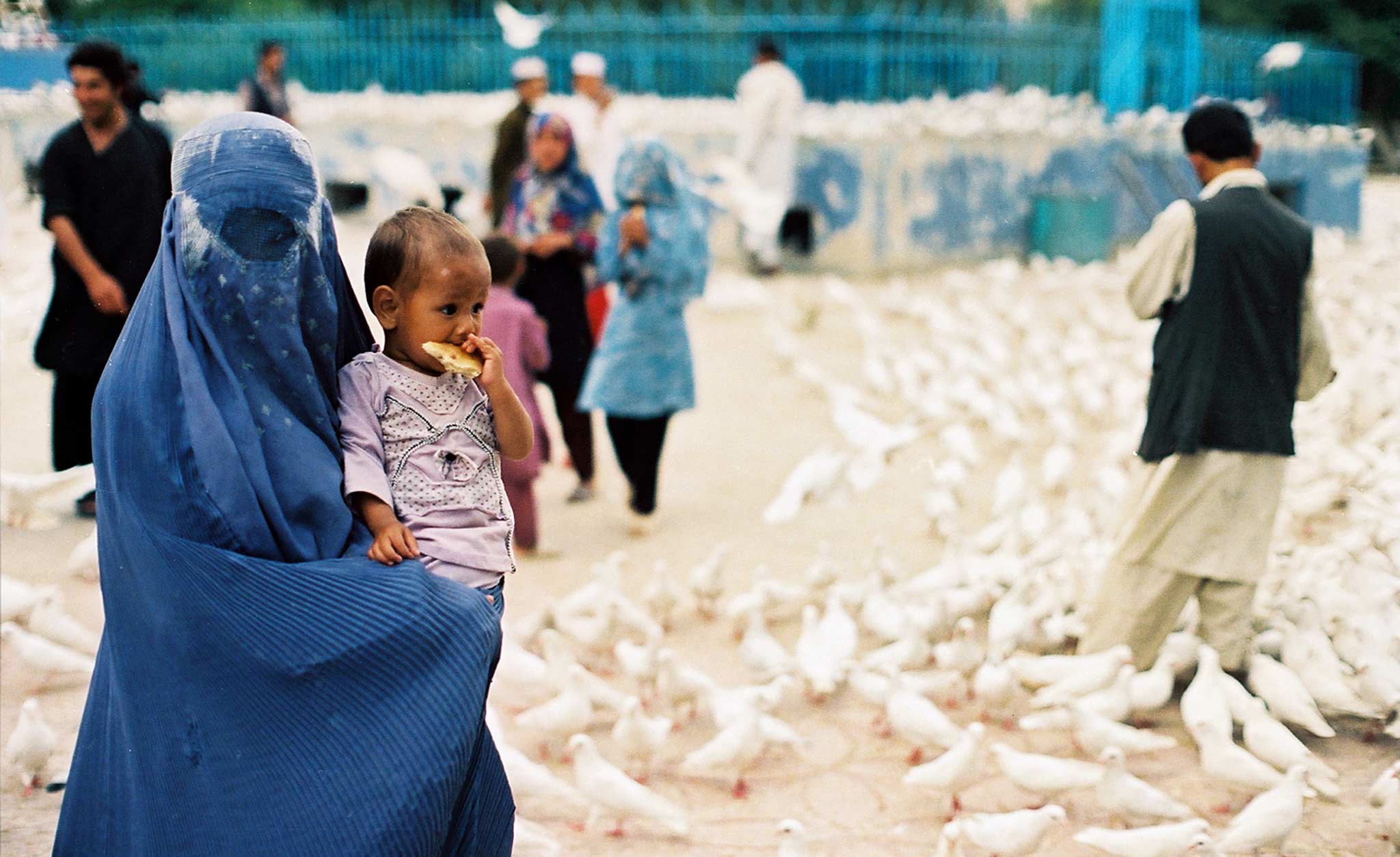 However, for those burqa-by-choice wearing women, this song reduces their spirituality and symbolic manifestation of outward modesty to a brazen fashion trend that mystifies and makes mysterious her sexuality. Although Lady Gaga’s preaching definitely refutes the ever-existing bigoted conception that the veil = oppression by bringing to attention to a woman with character and personality rather than the burqa, she violates its honorable significance in religious practice by downgrading it to a sex symbol.

On the other hand, was it a “move of passion” when the patriarchal and power-driven Taliban made the burqa an act of compulsion in the 1996-2001 take-over of Afghanistan? Was it a move of passion when woman only bore the burqa for fear of unimaginable abuse and detainment? Where were the fashionable blinged out burqa’s when women were condemned to the death sentence under the so-called “Department for the Propagation of Virtue and the Suppression of Vice” for wearing anything but the burqa? No Gaga, there is no passion in coercion or in the stripping of free will. Yes, Islam was one of the first revolutionary movement in advocating women’s rights — but it’s also been manipulated as a political tool to take them away, also taking away Islam’s truest sense.

Nevertheless, well-versed ethnographer on Western impressions of veiling, Laila Abu-Lughod reminds us: “Liberals sometimes confess their surprise that even though Afghanistan has been liberated from the Taliban, women do not seem to be throwing off their burqa’s. Someone who has worked in Muslim regions must ask why this is so surprising, did we expect that once ‘free’ from the Taliban they would go?”

Please do not fall into the exhausting trance that Muslim women are oppressed and incapable of a vast array of successes and accomplishments.

Agree to disagree, I don’t think Gaga’s in place to speak on behalf of burqa-wearing women. I could continue in getting down to the contradictory knit & grit of her song lyrics. I don’t know if this song was another tease on Islam or if Lady Gaga really has just never had a conversation with a Muslim woman. In all fairness, I sympathize with the demands on such big shots to constantly re-invent themselves to keep people engaged. The scramble to come up with something a little more creative than the last red-carpet appearance would drive me mad. Nor would it leave me with much time to spend my evenings with chai and some history.

Click here to listen in on an engaging dialogue with Muslim women who speak out to Lady Gaga.